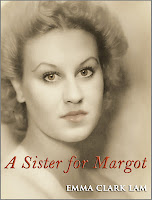 Email ThisBlogThis!Share to TwitterShare to FacebookShare to Pinterest
Labels: Angus Deayton, Have I Got News For You, Iraq, Muammar Gaddafi, Saddam Hussein, The Light Between Oceans, The Telegraph, Time capsule, Victoria Beckham
Older Posts Home
Subscribe to: Posts (Atom)