In the beginning there was a UKIP town councillor and he had dominion over the good people of Henley-on-Thames. The name of this councillor was David Silvester and it came to pass that David had a message for his people. So he wrote to his local newspaper, the Henley Standard:


"Sir - Since the passage of the Marriage (Same Sex Couples) Act, the nation has been beset by serious storms and floods... Is this just 'global warming' or is there something more serious at work?"

And that letter, linking the recent flooding in the Thames Valley to God's apparent wrath over same-sex marriage, was enough to unleash another storm. But behind the headlines this week about Silvester's folly, there was a quieter story about a community pulling together and the power of grassroots activism.

It all started last Friday, when Emma Vanstone, a manager at BT Global Services, posted a message on Facebook. She alerted her friends, including the BBC Radio Berkshire presenter Andrew Peach, to Silvester's letter in the Standard. "Try not to spit out your coffee," she told us, before describing how Silvester had drawn "a biblical link between our recent foul weather, and the rights of our gay brethren to marry". 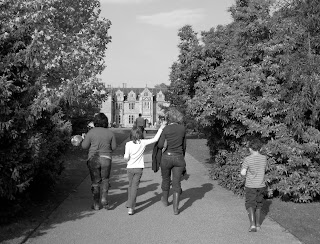 I have noticed a new phenomenon over the past few months: the emergence of a woman called Mummy. Everywhere you look online, there are mummies coming out of the closet.

I did a quick scan of my Twitter follows/ers - lots of the women describe themselves as a 'mum', 'mummy' or 'mom'. There is something significant about using the word mummy as opposed to mother - it implies (and publicises) a more intimate relation with your children.

Even those who don't choose to brand themselves as mummies employ descriptions such as 'bedtime-story reader' (again proof of maternal intimacy) or proudly list their children by name. In this age of information, Twitter asks us to define ourselves in a capsule and all of these woman see motherhood  - or mummyhood - as an important part of their public identity.


Earlier this year I joined Twitter. One of my first followers (a friend) welcomed me to the site and dropped #twitteramateur into her tweet. I barely noticed, being the novice I was. Fast-forward a few months, and most of my tweets carry a liberal sprinkling of hashtags - all in the hope of picking up a few more followers.

Why? Because I read somewhere that using Twitter was a good way to build up readership for a new novel. My own interest in Twitter, however, has gone beyond shameless self-publicity. In the process of exploiting it, I came to see why millions were hooked. Those hashtags became my calling cards - they linked me up with like-minded people.

I realise of course that I am no early-adopter, but by the same token there are still many people out there who don't yet understand Twitter or its influence.

In the last few weeks, Twitter has led me to all sorts of gems: Hilary Mantel's sumptous description of a Kate Moss perfume, the story of a teenage mother, Queen Victoria's letters about childbirth and Eton's self-conscious parody of Gangnam Style.

Twitter is a unique conduit: it delivers a wealth of material handpicked by the people you choose to follow. In a sense, it becomes a personalised newswire.

There are still a few tedious tweets to wade through and a fair amount of celebrity eavesdropping - but if you are discriminating, it is amazing what you can uncover. Perhaps, however, I don't need to tell you that - you probably knew already.