All hail the House of Winser!

So what do Yasmin Le Bon, Emma Watson and David Beckham have in common? In one way or another, they have all modelled clothes for Britain's very own queen of retail, Kim Winser. Yasmin is currently the face of Kim's newest and eponymous label, Winser London, while Emma Watson was snapped last year in a Winser trench coat (yes Winser, not Burberry!) on her way back from the Oscars. Back in 2000, when Kim was boss of Pringle, the Scottish knitwear manufacturer, David Beckham burnished the brand by choosing to don a Pringle sweater for the launch of his first book.

Many of us love poring over what the stars choose to wear, but sometimes the more interesting story is the person behind those clothes. Kim Winser, who has earned a reputation for reviving ailing brands, such as Pringle, Aquascutum and Agent Provocateur, has set herself a fresh challenge: to turn Winser London, her 2013 internet start-up, into a global brand.

Kim founded Winser after she spotted a gap in the market. "I was passionate about an area... that was not being fulfilled, the area of fashionable clothes with a great luxurious quality but at truly amazing prices," she told me in a recent interview.

Although the brand started out two years ago as an online business, the clothes are now available in John Lewis and two of Winser's own stores in Gerrards Cross and Marlow. After running more established businesses like Pringle and Aquascutum, Kim finds she is back to being "seriously hands on" as she sets about transforming her vision into tangible success. "My whole career has been a learning curve for launching Winser London."


Failure is just another challenge...

I first encountered Kim in the flesh at a Winser trunk show in Marlow last November. Dressed in the label's signature blue, Kim assured us that her clothes could do "wonderful things" for us. Oddly, you got the sense that she was as interested in her audience as we were in her. When I asked her what first attracted her to retail, she replied: "I have always enjoyed people, watching, listening, interacting... our industry is so much about people and understanding today and predicting lifestyles of tomorrow." As a teenager she took a Saturday job in a shoe shop just so that she could interact with the customers and figure out what suited them.

No one can deny that Winser's autumn/winter collection has been beautifully cut in fabrics such as merino wool, silk and cashmere. My favourites were a silk, v-necked shirt in midnight blue and a double-breasted, cream-coloured coat fit for a Tsarina (or the wife of a Russian oligarch). Like many young companies, Winser takes pride in its customer-centric ethos and encourages feedback to improve its offering.

Over a long career, which started on Marks & Spencer's management trainee scheme, Kim has established herself as a powerful force in retail. Various traits of her personality have come to the fore as she calmly fought her way to the top, becoming M&S' youngest divisional director as well as its first woman on the commercial side.

The secret of her success was being "born with the gene of determination". Once, after discovering that she was on the verge of losing a valuable store in Bond Street to a competitor, she jumped on a plane to persuade the owner to choose her instead. She also quibbled with my definition of failure. "You ask as if failure is the end result. To me failure is just another challenge that opens a new door, a new thought process, drives innovation." In 2009, Kim walked away from her stewardship of the iconic brand Aquascutum after a failed management buyout.  It would appear that Winser London was born out of the ashes of that disappointment.


This positive approach to adversity feeds into her management style. "I think it is important to understand and accept your talent but also recognise your weaknesses; this is why balanced teams are so important," she said. Unlike some chief executives, she has never been afraid to hire the most talented people despite the risk that they might eclipse some of her own skills.

As a single mother, Kim has also faced the challenge of juggling solo parenting with a high-flying career. "Wherever I was in the world at whatever time, I always called to say goodnight [to my son] and good morning at the right time for him, not me sometimes, meaning a loo break mid board meeting or a 3 a.m. alarm call."

You begin to feel there is no obstacle too great for Kim Winser to hurdle over. She has an impressive portfolio of projects and non-executive directorships under her belt, ranging from being a trustee of the National History Museum to encouraging aspiring businesswomen. How on earth does she fit it all in? The answer, I suppose, lies in determination, grit and superlative levels of organisation. Years of loyal service to the fashion industry have not only earned her an OBE but also a place in retail royalty. 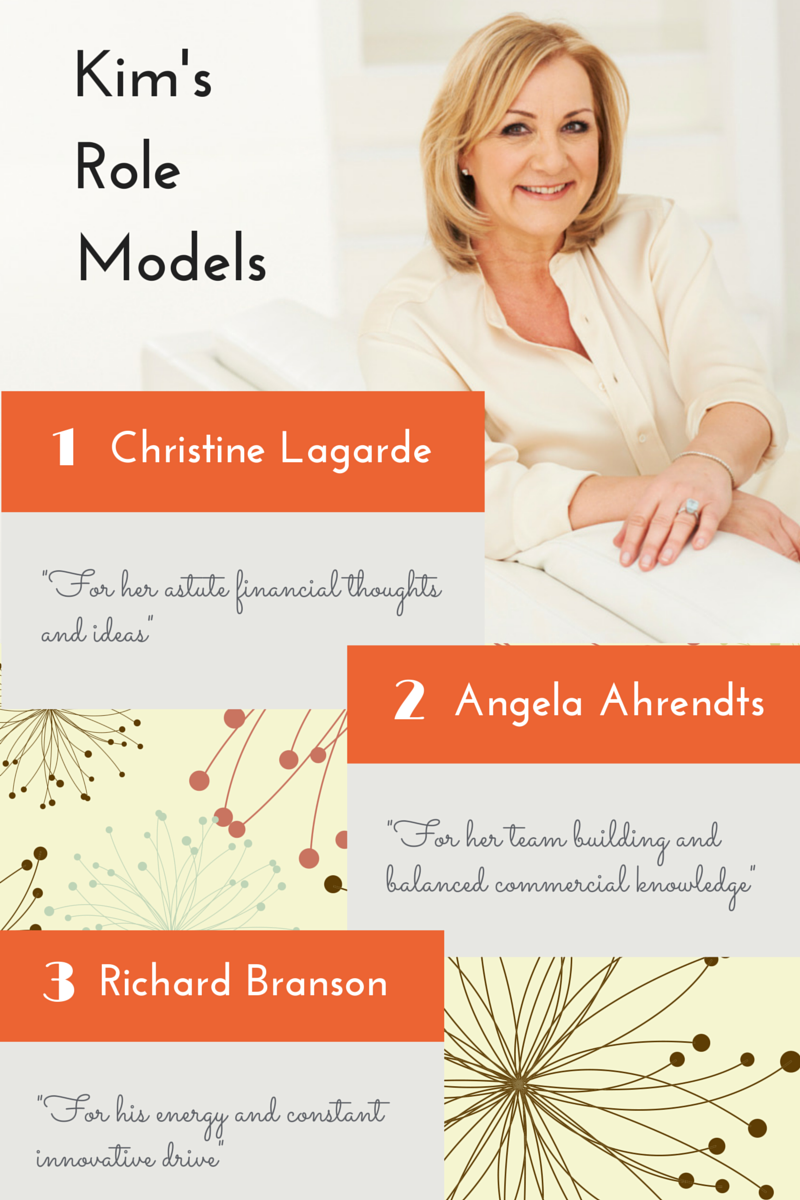 The Tipping Point by Malcolm Gladwell
Gladwell provides analysis of the 'tipping point', that magic moment when ideas, trends and social behaviour cross a threshold and spread like wildfire.


Please note that I was not financially incentivised to write this post. Thanks also to CountryWives for introducing me to Winser London.