Back in June, during our days of political turmoil in the UK, a friend texted me to say that her six-year old daughter had stated Theresa May couldn't become prime minister because she was a "lady". Needless to say, her mum - who works in the City - soon set her straight. But when May finally took office, my first thought was that a new generation of girls could now grow up thinking they too were entitled to aim for the top job.

It feels like there is a new era dawning for women leaders and clearly I am not the only person to be thinking about the importance of female role models. On Tuesday, after Hillary Clinton officially became the Democratic Party's nominee for the next US President, she told the cheering crowd:


"If there are any little girls out there who stayed up late to watch, let me just say I may become the first woman President. But one of you is next."

Clinton had finally put a crack in the much talked-about glass ceiling and seemed determined to bring up other girls/women with her.

But the star of the night for me was Michelle Obama, the First Lady, as she delivered her own endorsement of Hillary Clinton's presidential bid. Her powerful speech to the Democratic National Convention, which felt both spine-tingling and authentic, reduced members of the audience (and me) to tears. Hers was a story with a grand, historical sweep as she described waking up each morning in The White House, a residence originally built by slaves.


"I watch my daughters, two beautiful, intelligent, young black women, playing with their dogs on The White House lawn. And because of Hillary Clinton, my daughters, and all our sons and daughters, now take for granted that a woman can be President of the United States."


With the wall-to-wall horror going on in the world at the moment, this ascendency of strong, political women provides one bright chink of hope. For too long, our children have watched men being in charge and have subconsciously assumed that's how power elites worked. It won't be easy for our young women to follow in the paths of Hillary, Theresa and others like Germany's Angela Merkel, but at least such journeys are beginning to feel more achievable.

As I watched Christine Lagarde, managing director of the International Monetary Fund, take her place for the photo call at the G20 meeting of Finance Ministers in China this week, I was struck by her air of resilience. She was a blaze of peacock blue amongst all those grey pinstripes, while her nut-brown smile was both bold and confident. You lot in your boring suits don't intimidate me, she seemed to be saying.

The can-do attitude of these women is subtly infectious. Even playing my (micro) bit part on the world stage, as a mum and an independent author, I can't help but feel a little fizz of confidence brewing in my belly. If Hillary has "the grace and the guts to keep coming back and put cracks in that highest and hardest glass ceiling" (to quote Michelle Obama again) just think what the rest of us could accomplish! There should be no limits to our ambition - work hard, girls, and follow that trail while it's still blazing... 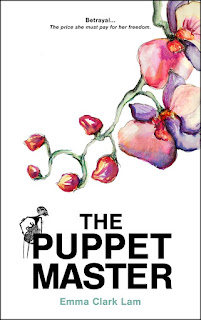 "Emma is such a talented writer and her books are easy to read as they flow so smoothly that you quickly become engrossed in the story..."

-Read this review on CountryWives